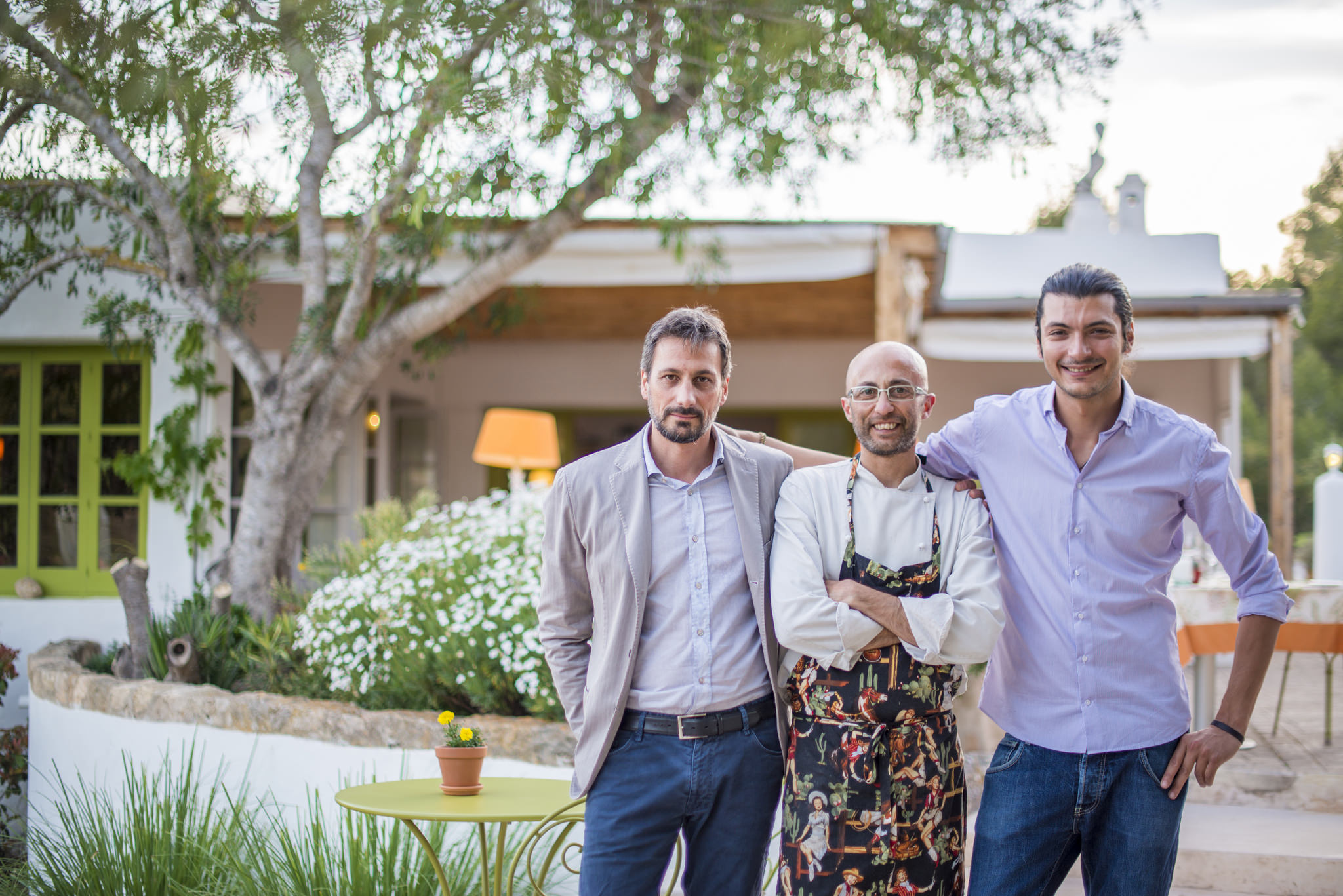 Alessandro with his business partners Giuseppe Vivacqua and Andrea Sanarica.

What drives people to make tremendous changes in their lives? It’s a difficult question to answer but for Alessandro Barni Spadacini, administrator, host and wine consultant of Can Domingo, the will to change had been growing in him for years. His first visit to Ibiza at the age of nineteen and many subsequent holidays on the island made him realise that it was where he was meant to be.

A native of Milan, Alessandro’s life was practically laid out before him, a well-worn path of studying hard, attending a good university, getting a good degree and finding a good job. Respect at both work and in the community, the pride of his family, Alessandro achieved all of the goals a good son should. But deep inside there was a strong desire to do something different. After meeting his wife, Chiara, and creating three beautiful children, Alessandro and his family finally took the leap in 2011 and made one of those make-or-break life changes that many only dream of. They packed up their life in Milan and headed for the sunny climes of Ibiza.

They have never looked back.

At first there were moments of doubt, those pesky thoughts that infiltrate even the most hardy and determined person. But they were few and far between and it wasn’t long before Alessandro and Chiara realised that they had made the best decision of their lives, for themselves and their three children.

Alessandro’s dream was finalised with the opening of Can Domingo. He recalls that first day, when they opened the doors to customers, a feeling of deep knowing, that this was exactly what he was meant to be doing with his life. Food is about family and friends, about inviting people to share a meal and some valuable time together and it is this feeling that drives his passion for Can Domingo, to create that same experience for diners.

The family’s life has changed dramatically. The children experience more freedom, living more of an outdoor childhood that allows them to develop in their own natural ways. Chiara is able to pursue life long projects that were previously set aside and Alessandro is finally able to spend more time with his children, becoming the father he always wanted to be, proving to his kids that following your dreams is a valuable and admirable life choice. All in all he sees they are sharing a healthier, more connected life. And quite frankly, he has no desire to go back!

READ MORE ABOUT THE CAN DOMINGO TEAM

Jazz in the garden
Scroll to top