Conscious cuisine is not such a new concept.

Conscious cuisine is not such a new concept. Even our most recent ancestors only ate what was in season and available locally. In fact it was fairly recently in human history that we started to consume produce outside of the natural order of things. The invention of refrigeration followed soon after by refrigerated transport meant that the post-industrial age became a fairground for exotic fruits and vegetables as well as meats, cheeses and wines. All of a sudden we could have mangoes from Brazil in the heart of winter if we wanted them.

But there is a cost to this insatiable desire to control nature. A cost that is becoming more and more evident as the years go by. A new breed of chef and consumer has started to emerge and what was once considered the norm now has a name and a philosophy behind it – conscious cuisine.

The whole team at Can Domingo is committed to the concept. Every product used is considered not only for its quality but also for its seasonality and carbon footprint. Can Domingo’s chef Giuseppe Vivacqua despairs when he sees a box of lemons from South America at the market, on the side is an ingredients list – lemons of course, then four or five different preservatives. «A lemon should only be a lemon, surely!” he says with chagrin.

Chef Beppe’s worldview is based around the natural rhythms of nature. Everything has its time and place and its moment to shine. While this philosophy seems imbued in his character it becomes most obvious when he talks about food.

He is the first to admit that it’s not always easy to follow this path. His beloved garden is based on the principles of permaculture and has never seen a chemical yet sometimes he must order things from afar despite his commitment to using small, local producers. When this happens he chooses only the best quality available and is particular about which provedores he gives his business to. Wherever possible everything is organic.

His passion of conscious cuisine has naturally led him towards using more vegetables in his cooking, making the humble vegetable the star of many a dish at Can Domingo. One of his heroes and inspirations is Italian chef Pietro Leeman, the only Michelin starred vegetarian chef in the world. His Milan based fine dining restaurant, Joia, uses all the techniques, technology and creativity of other Michelin restaurants the only difference it is all vegetables. One of Leeman’s protégés, Simone Salvini, is another inspiration. Together they have created what they call natural fine dining. Beppe hopes to serve as an apprentice with one or both of them this winter to pick up some new skills and soak up the atmosphere.

Beppe feels blessed to be in Ibiza where following his path is made easier by the abundance of excellent local produce and fast changing attitudes to food and the environment. All of which can be tasted and enjoyed at Can Domingo.

REQUEST A TABLE AT CAN DOMINGO 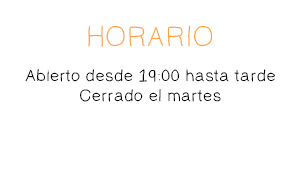 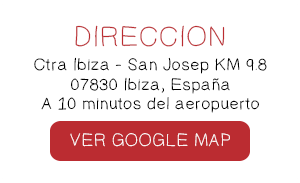